Presentation of the H-series engines to the press

On the occasion of the series launch of the new 3H50TIC three-cylinder engine, Hatz welcomed the international press on 7 June in a gravel quarry near the company headquarters in Ruhstorf (Bavaria). 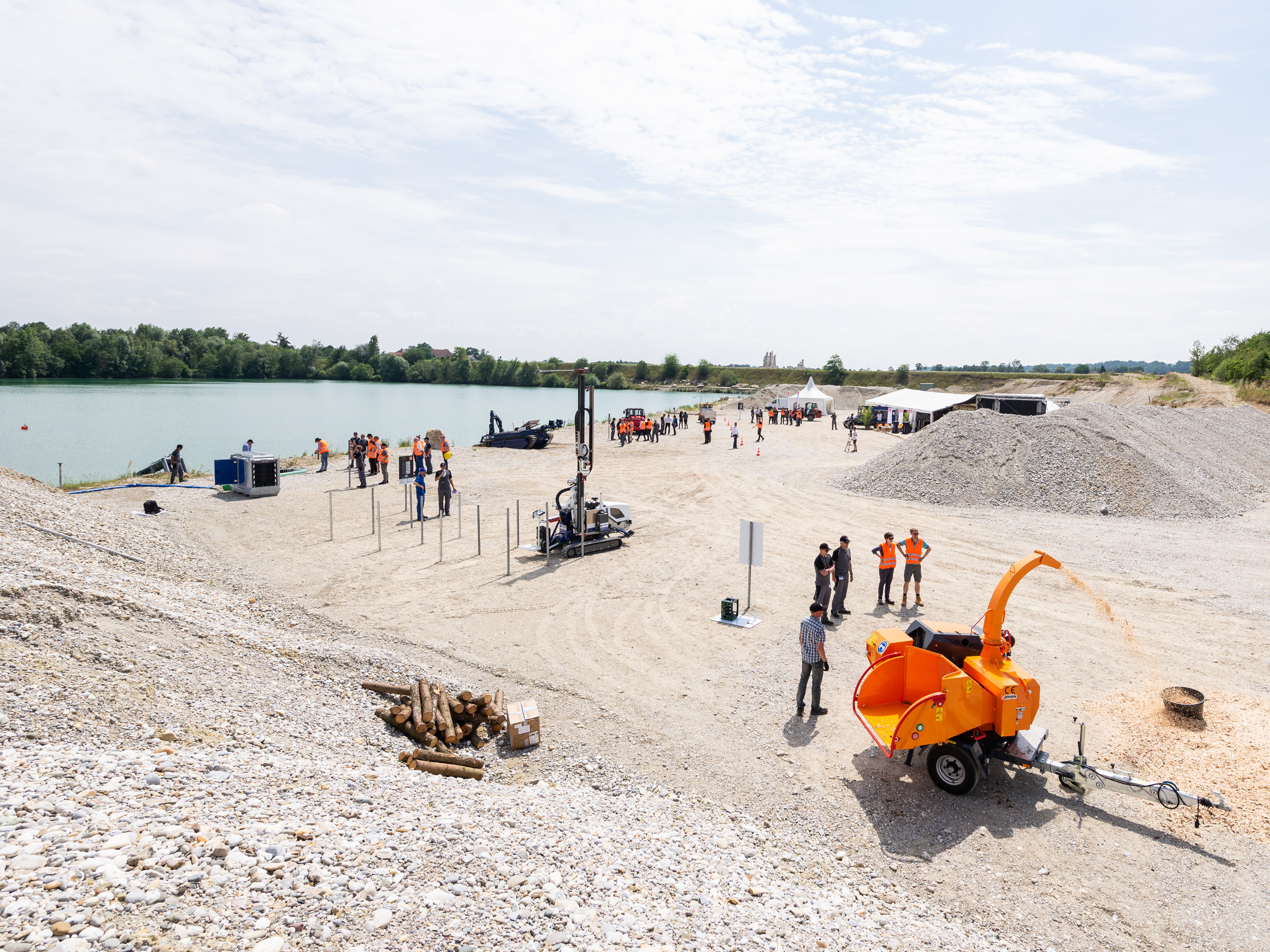 Not far from the Hatz headquarters, the Felding gravel quarry was prepared as a special venue for the presentation and demonstration of the H-series

Under the motto "Meet the Applicationizer", the journalists had the opportunity to test various vehicles equipped with the new Hatz H-Series engines at the venue. In the live demonstrations, the outstanding characteristics of the H-series engines and their suitability for a wide variety of applications were demonstrated.

With the three- and four-cylinder diesel engines of the H-series, the Ruhstorf-based company is setting another milestone in innovation and development in its field. The machine manufacturers regard this wide range primarily as a guarantee that they have the engines best adapted to their applications and state-of-the-art drive technologies with an output of 19 to 62 kilowatts.

Around thirty journalists from all over the world were able to get their hands on the H-series. The Hatz engineers provided information about the concept of the H-series and the technological innovations of the engines.