Located in Darmstadt, this branch is now the engine manufacturer's oldest and largest branch office. 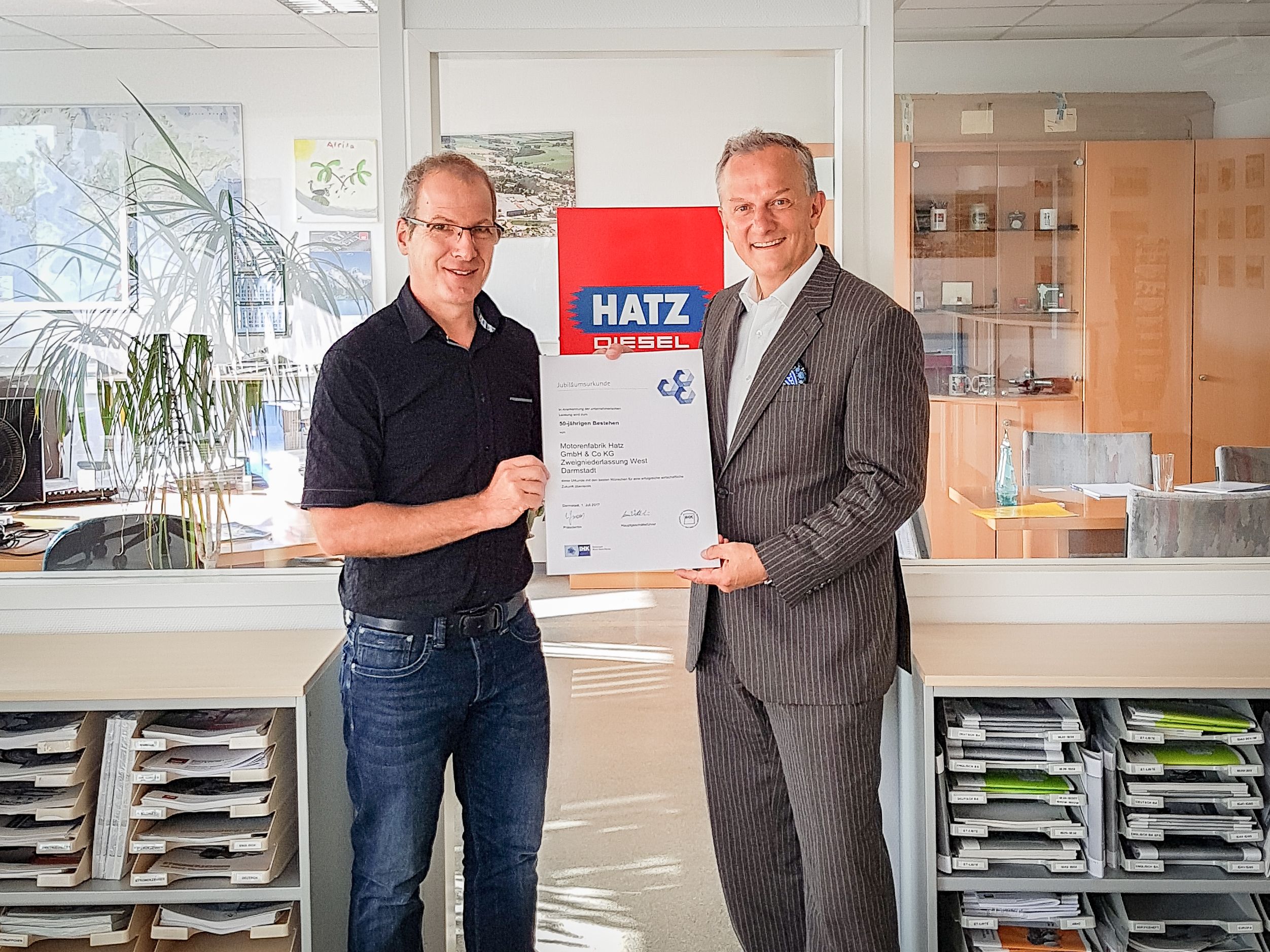 Hans-Heinrich Benda, division manager for education and training from IHK (Chamber of Industry and Commerce) Darmstadt (right), hands over the certificate for 50 years of existence to Hatz's western branch manager Kai Hopfensberger

"We're delighted about our 50th anniversary, our enormous success and our many loyal and satisfied customers. Over the years, very close contacts have been forged with our customers, and we are proud of the fact that Hatz is constantly able to support them in their projects with the latest, cutting-edge engine technology", says Kai Hopfensberger, head of Hatz's western branch.

The western branch was founded by Hatz in 1967 in Mörfelden near Frankfurt am Main, and was responsible for customer service in Hesse, Rhineland-Palatinate and adjacent areas. Due to rapid growth and the expansion of sales territories, the Stuttgart branch was also incorporated in 2002. Since then, Hatz West has been looking after the Federal States of North Rhine-Westphalia, Hesse, Rhineland-Palatinate, Saarland, Baden-Württemberg and parts of Lower Saxony and Bavaria. Relocation to Darmstadt took place in 2008. Kai Hopfensberger has been managing the branch since 2000, and now supports customers in new projects, with replacement parts and with workshop services together with a twelve-man team.

The new H-Series engines, that are also being very well received by western branch customers, are one of the highlights in the extensive Hatz engine range. With a completely new engine design and ultra-modern technical components, this pioneering engine is quieter, cleaner and also more powerful than engines in similar size classes on the market.

"Our new engine will accompany us and our customers for a long time. Thanks to its different variants and power categories, it can be used for virtually any application, and by far surpasses all legal regulations, which predestines it for long-term implementation. We are therefore looking forward to the next 50 years of Hatz's western branch", says Kai Hopfensberger.