Besides a new booth layout, Hatz Diesel comes up with a variety of new products at the BAUMA in Munich. Most importantly a new water-cooled engine-family. 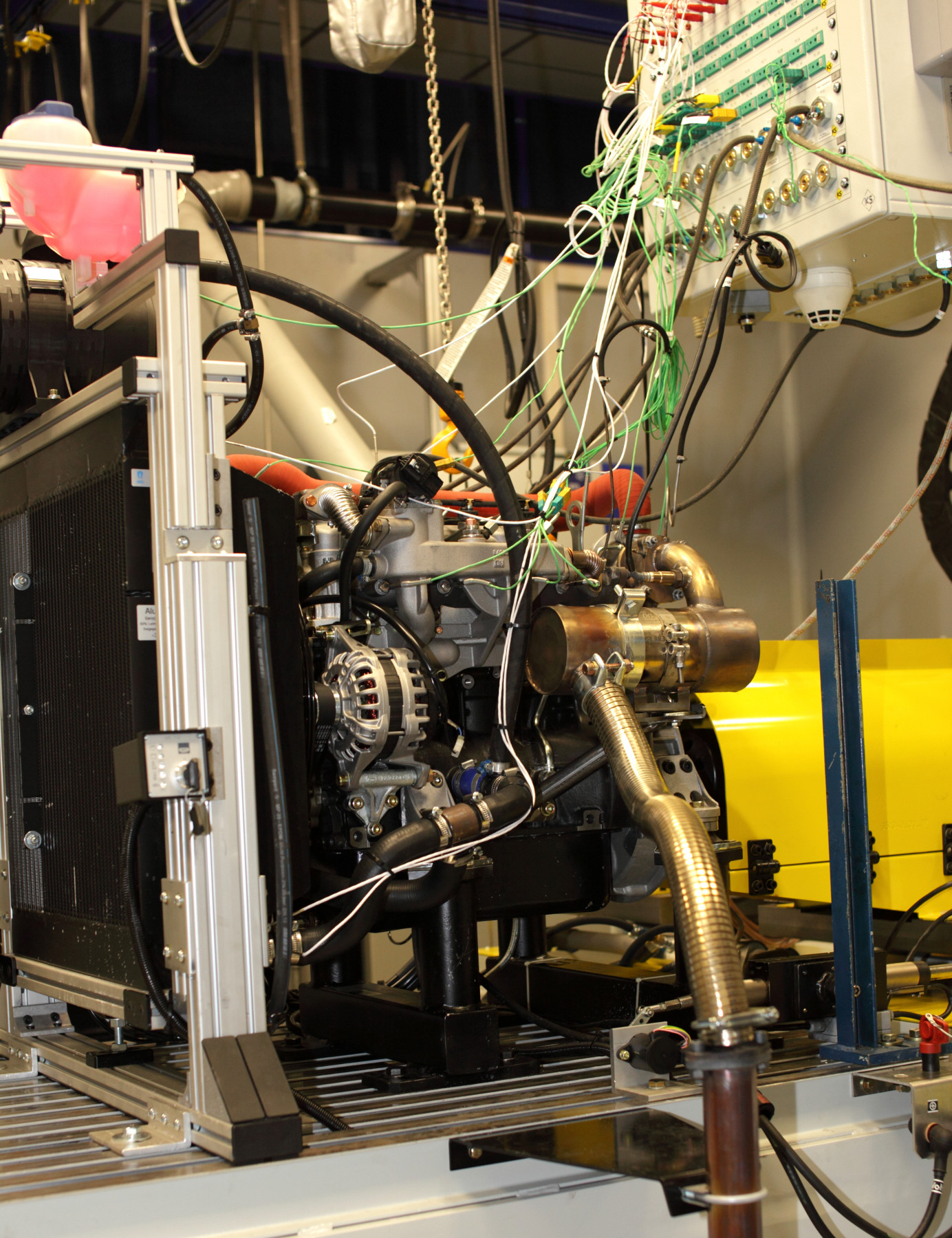 The German based company Motorenfabrik Hatz comes up with a variety of new products at this year's BAUMA in Munich. Most importantly, the world premiere of a new generation of water-cooled engines, which in particular is characterized by its compact design. In addition, a serial production model of the revised L-series, which is equipped with exhaust gas recirculation (EGR) and diesel particulate filter (DPF) in order to comply with the emission standards EU Stage IIIB and EPA Tier 4 final. Moreover, the business field 'Hatz Systems', which develops and sells entire systems based on the Hatz diesel engines, showcases a concept study of a water-cooled 1D81 single-cylinder engine, the series production Intelligent Power Pack (iPP) as well as a combination system, consisting of a climate compressor and generator.

A new engine family will expand the engine line-up of Motorenfabrik Hatz, which is celebrating its world premiere at BAUMA 2013 with the 4cylinder model. Sales of the 2-litre diesel engine, the 4H50TIC, which is equipped with a Bosch common rail system, start at the beginning of 2014. Like all Hatz engines, this engine also brings a number of technical advancements with it, which leads to the fact that the engine is the most compact in its class, and has the best power density compared to its competitors.
With 1952 cc, the engine has a maximum power of 55 kW and a maximum torque of 240 Nm, which is already available from as low as 1600 rpm. Besides a main power take-off, an auxiliary power take-off is provided, which can be permanently loaded with up to 130 Nm. Due to an optimized combustion chamber geometry, combined with the sophisticated technology of the Bosch common rail system, which operates with injection pressures of up to 1800 bars, the particulate emissions are considerably reduced. Therefore it is possible to achieve the exhaust emissions standards EU 97/68 stage IIIB and EPA Tier 4 final without the use of a diesel particulate filter.
Apart from the technical data the engine also scores high marks with low cost of ownership; firstly because of a low fuel consumption of 210 g / kWh (best point), and secondly because of a long service interval of 500 hours. The latter is mainly because of the 7 litre oil sump and maintenance-free hydraulic valve train adjustment.

Based on a conventional air-cooled 1D81, Hatz has developed a water-cooled concept study. With the new 1D81 Hydro concept, Hatz wants to gauge the demand for water-cooled engines on the market.
By a "simple" modification of the cylinder head and the cylinder, a fully water-cooled single cylinder engine was created. The sophisticated, patented Hatz concept integrates the cooling system in the engine housing. The engine cooling requires no external hose connections, the cooling fan is integrated in the flywheel. The expansion tank, cooler and water supply are brought together in the module housing. All these measures lead to a very compact engine, which integrates perfectly into various applications. Beside an up to 20 % higher performance compared to the air-cooled counterpart, the 1D81 Hydro concept benefits of an increased durability, longer service intervals and a noise reduction of up to 12 dB (A) with noise insulation.
Compared to the air-cooled engine, the water-cooled model is only slightly larger. It consists of around 90 % interchangeability of parts. Drive train combustion and emission quality are identical. The unique Hatz hydro concept allows mass production with existing tooling and production lines within a few months.

Not least because of the recent changes of the exhaust emissions regulation in the European Union and the United States, the proven L-and M-series engine has been revised. The 3 - and 4-cylinder versions of both engine series will be available with exhaust gas recirculation, separable diesel particulate filter and oxidation catalyst in the 2nd Quarter of 2013. Both engine series comply with the exhaust legislation in the EU and the U.S., 97/68/EC Stage IIIB and EPA Tier 4 final respectively.
The exhaust after treatment including the associated components such as HCevaporator can be mounted in various positions, thus contributing to many uses.

The 1D81C Aircon APU combines an air conditioning compressor with a generator and is driven by an air-cooled diesel engine. Application areas for the AirCon APU are primarily construction machinery, which are driven by a large engine. On average, construction machinery is utilized to capacity between 30 and 50 % of the time in daily use, the large engines run at idle speed for the other times. In addition to an average fuel consumption of 16 to 20 l/h, this also shortens the time between maintenance intervals.
The Aircon APU supplies cooling air to the cab via the compressor and simultaneously charges the batteries of the machine. Depending on the requirements, the system can be operated with various Hatz engines. The Aircon APU consumes approximately 2.1 l/h. In best case, the system saves about 16,000 litres of fuel a year, so that it will pay for itself after 12-15 months. In addition, the Aircon APU gives security against upcoming non-idling laws in the US that prevent the use of the main engine for air conditioning during idle time. Because of their compact size, the 1D81C Aircon APU can be easily integrated into existing applications.

The iPP - intelligent power pack - which is developed and produced by the division 'Hatz Systems' is on display in its final equipment level at the Hatz BAUMA stand. The engine speed of the 3.5 kVA generator unit is completely variable and will adjust automatically depending on the required load. This provides a reduced usage of consumables, extended maintenance intervals and reduced wear. In addition, the generator impresses with its compact dimensions and reduced operating noise of just 66 dB (A) in a 7 m radius.
With dimensions of just 536 x 630 x 510 mm (height x width x depth), corresponding to a volume of about 172 liters, and a weight of about 120 kg, the iPP is a compact and lightweight diesel generator for professional use. The basis is a Hatz 1B30V with vertical crankshaft, which is the perfect engine for this application not just because of its size.
The iPP is equipped with a permanent magnet generator (PMG) which is directly integrated into the engine flywheel. Thus the generator is saving space and is cooled efficiently in the air supply of the engine. Unlike conventional generators, a PMG is maintenance-free, with no significant wear and with a high efficiency of up to 90 %. In the standard configuration the iPP provides a voltage of 230 V at 50 Hz, on request, also a 60 Hz version is available.