At the Bauma in Munich Hatz presents a water-cooled concept of the 1D81 single-cylinder engine. The engine brings significant improvements in terms of noise emissions, performance and durability. 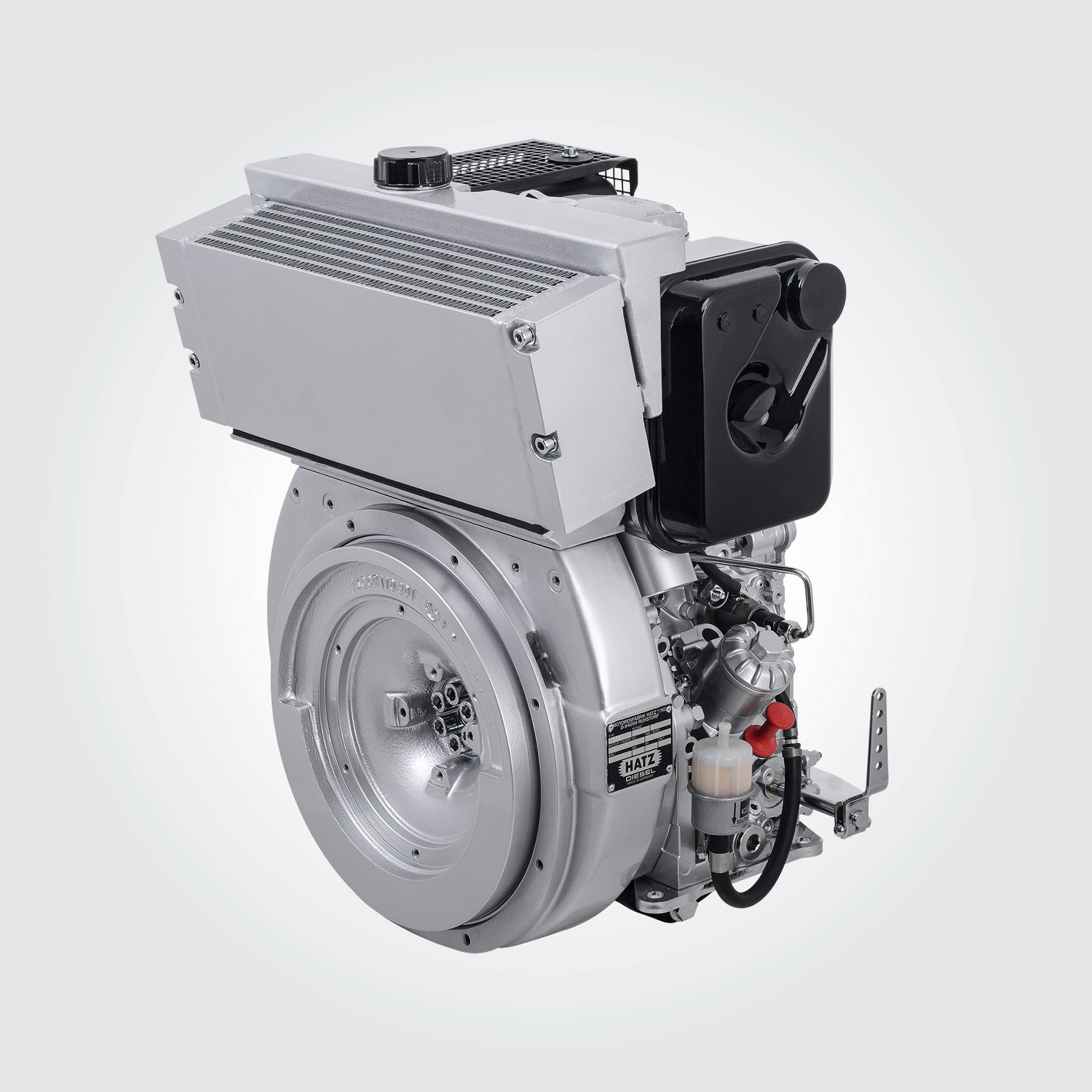 The high-performance engine 1D81 Hatz Supra® has proven itself hundred thousand times under the harshest conditions in the world. Several thousand operating hours are not uncommon for the most robust single-cylinder engine in the market. This makes the engine predestined as a basis to improve performance by switching to water cooling and opens up new application possibilities. With the new 1D81Hydro concept Hatz would explore the need for water-cooled single-cylinder engines on the market.
By a "simple" modification of the cylinder head and the cylinder, a fully water-cooled single-cylinder engine with a maximum power of 14.5 kW (with complete external cooling) could be achieved. The proven air-cooled 1D90 reaches 11.2 kW. The main characteristic of the patented Hydro concept: the cooling system is integrated into the motor housing, reservoir, radiator and water management are combined in the module housing and the cooling fan is cast into the flywheel. Therefore external hose connections are no longer needed. All these measures lead to a very compact engine, which integrates perfectly into various applications.
In addition to an up to 20 % higher performance, the benefits of the 1D81 Hydro concept are increased durability, longer service intervals and a reduction in noise emission by up to 12 dB (A) with noise insulation.
Compared to the air-cooled counterpart the Hydro model is only slightly larger. It consists of approximately 90 % interchangeability of parts. Engine combustion and emission quality are identical. The unique Hatz Hydro concept allows a series production with existing tooling and production lines within a few months.

For demanding applications the Hatz D-Series is ideal engine. It is characterized in particular by high performance and flexibility. The engine 1D90 with 11.2 kW is the most powerful single-cylinder diesel engine in the world. The engines can be configured freely and are limited in the basic version only on the basic engine. By adding the numerous available options, the engine can also be upgraded to real high-tech products. With up to four different power supply points on a single engine, the D-Series offers more possibilities for individual design of an engine than any other competitor on the market.
A balance weight on the flywheel side crank arm and the flywheel cast counterweights ensure the quiet running of the D series. Optionally available counter-rotating balance shafts provide even for a 100 % first mass balance order.
The Hatz D-series is produced exclusively in the specification of strict U.S. emission standards of the EPA (Environmental Protection Agency) and distributed. In addition, the D-series optimized for noise and is available on request with the unique Silent Pack. The D-Series is the first single-cylinder diesel engine series, which can be equipped with an organically adapted silenced noise enclosure, the Silent Pack. The Silent Pack reduces the radiated noise levels by up to 12 dB (A) in a 7 m radius.