The Motorenfabrik Hatz was nominated among the three finalists in the category "Automobility" of Europe's most prestigious environmental award, the GreenTec Award. At the gala event, which was held in Berlin on May 29, the nominees were officially announced. With its resource-conserving properties, the 4H50TIC convinced the jury – this was rewarded with a second place. 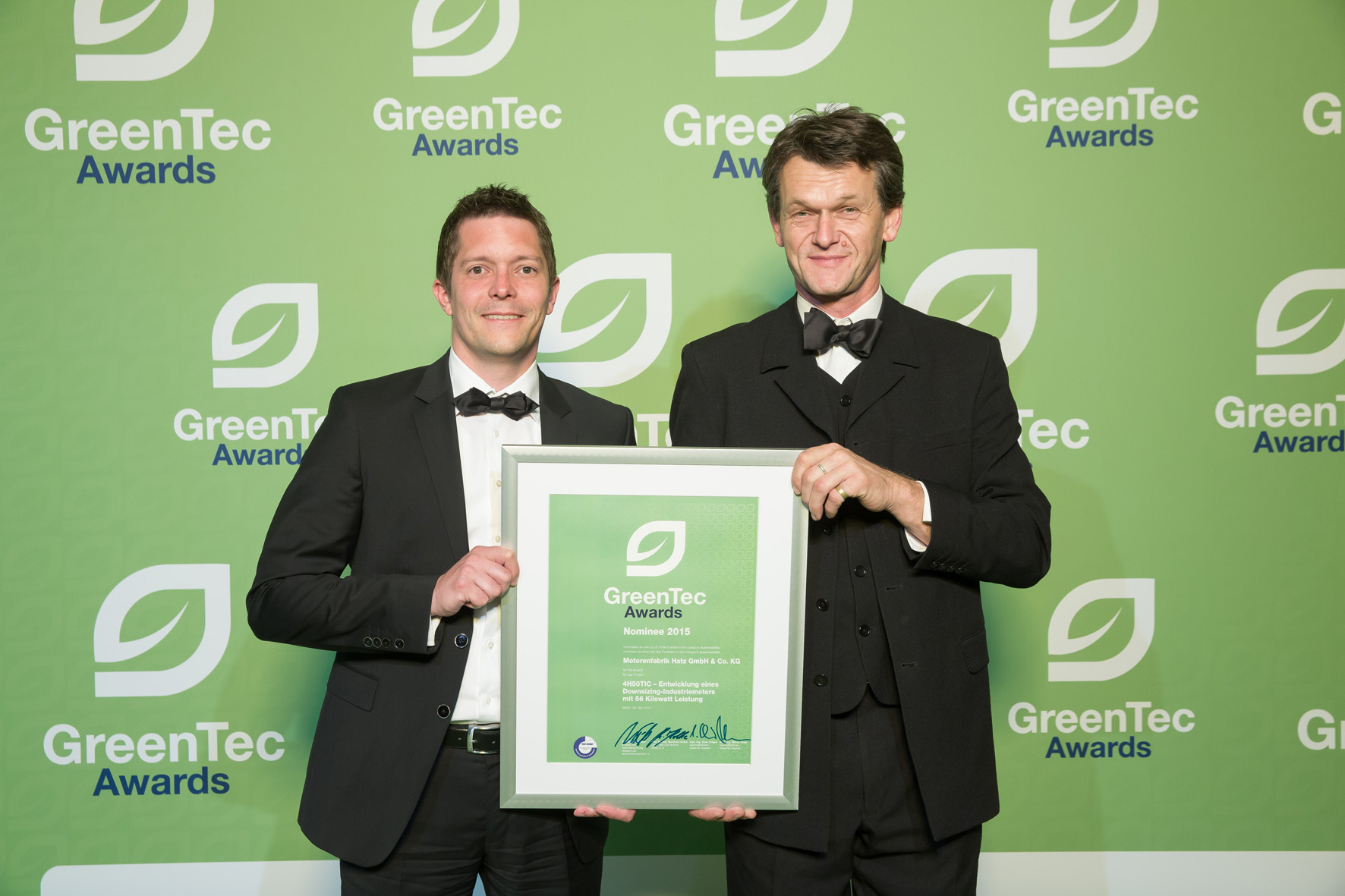 As part of the GreenTec Awards 2015, the latest engine of the Motorenfabrik Hatz, the 4H50TIC, was elected to the top three finalists by a jury consisting of members of the Verband der Automobilindustrie (VDA) and the Allgemeine Deutsche Automobil-Club e.V." (ADAC) as well as by the participants of a public online voting. At the gala event, which was held on May 29 at the Tempodrom in Berlin, the 4H50TIC was awarded with a second place.

Dr. Simon Thierfelder, Head of Engine Development, and Franz Moser, Head of Electrical Engineering, accepted the official certificate in Berlin. At the ceremony, products and innovations were awarded in 13 categories. The GreenTec Award, which took place already for the eighth time, is one of the most coveted environmental awards in Europe. The award is intended to promote ecological and economic commitment and to foster the enthusiasm for green technology.  Nominated are those who contribute to an environmentally friendly future with sustainable innovations and projects and who document the responsibility towards the environment with their commitment.

The award for the 1st place in the category "Automobility" went to BMW for the development of the multi-modal navigation systems. This system calculates the best route to the destination taking the public transport into account. The thirsd nomination went to Clariant Produkte GmbH for the development of a cellulosic ethanol which can be produced from agricultural residues.

The 4H50TIC was selected to the final round due to its energy and ressource efficiency, its low pollutant and noise emissions and therefore contribution to environmentally friendly propulsion of construction equipment. The engine, which follows a ground-breaking downsizing concept, weighs only 173 kg and is approx. 90 kg lighter than its next competitor in its class. Thus, valuable resources are already saved in the production as well as emissions reduced by shorter processing times and lower cost for raw material preparation. Furthermore, the fuel consumption is not optimized for a best point, but to reach a maximum efficiency over a broad and realistic speed and load range.