Following the successful market launch of the liquid-cooled four-cylinder H-series engine four years ago, Hatz will be setting a further landmark in the power category up to 62 kilowatts with the production of three-cylinder industrial engines in 2018. Viewers were able to follow the start of production of the 3H50TIC via live stream at www.hatz.com/3H50-SOP. 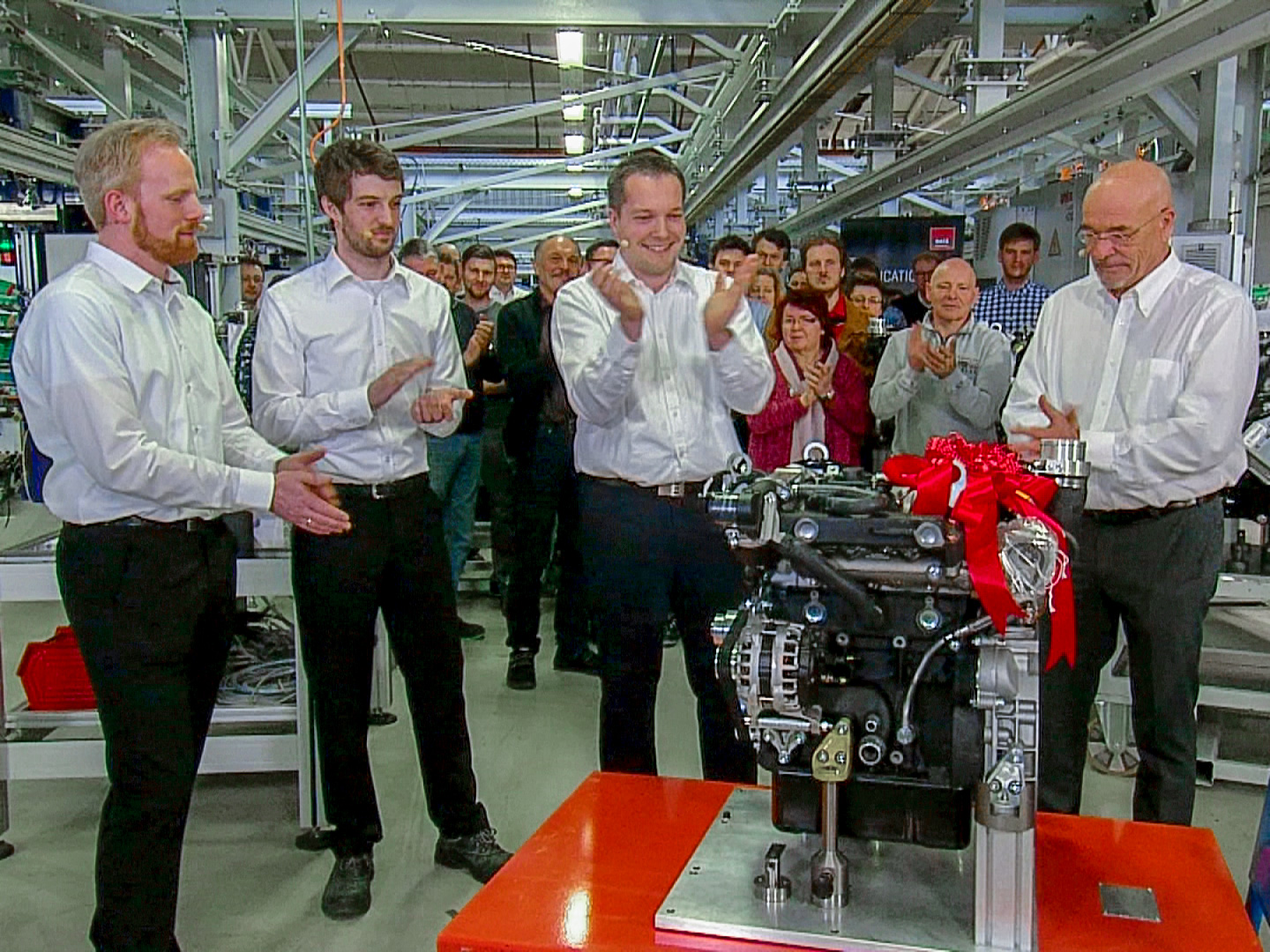 Together with the employees, the team of presenters celebrate the first completed production three-cylinder Hatz H-series live on the assembly line

A double première was scheduled for Hatz on March 14, 2018: as part of the distributor conference at the Crowne Plaza O'Hare in Chicago, the North American branch, Hatz Diesel of America, celebrated the start of series production of the 3H50TIC engine, the first of four different 3H50 variants that is available now. Although a good 4,500 miles separated the conference location and the production line in Ruhstorf an der Rott (South East Bavaria, Germany), participants could join in live. This is because a live stream has been broadcasted in addition to the local event, a first for such an engine presentation.

Watch the recording of the live stream