Hatz Diesel shows a first engine of a new engine family at this year's bauma in Munich. 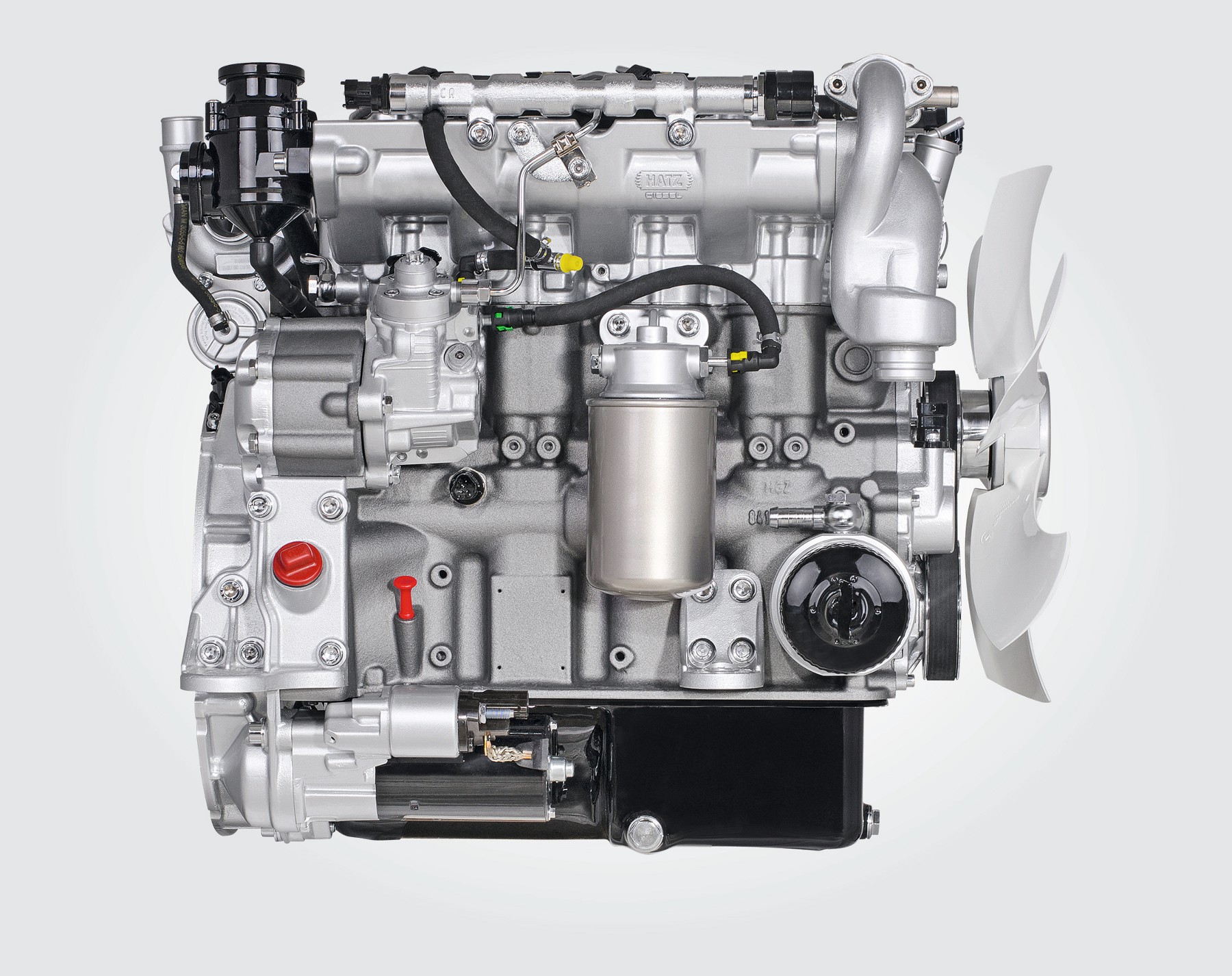 From 2014 a new engine family will expand the engine line-up of Motorenfabrik Hatz, which is celebrating its world premiere at bauma 2013 with the 4?cylinder model. Sales of the 2-litre diesel engine, which is equipped with a Bosch common rail system, start at the beginning of 2014. Like all Hatz engines, this engine also brings a number of technical advancements with it, which leads to the fact that the engine is the most compact in its class, and has the best power density compared to its competitors.
With 1951 cc, the engine has a maximum power of 56 kW and a maximum torque of 240 Nm, which is already available from as low as 1600 rpm. Besides a main power take-off, an auxiliary power take-off is provided, which can be permanently loaded with up to 130 Nm. Due to an optimized combustion chamber geometry, combined with the sophisticated technology of the Bosch common rail system, which operates with injection pressures of up to 1800 bars, the particulate emissions are considerably reduced. Therefore it is possible to achieve the exhaust emissions standards EU 97/68 stage IIIB and EPA Tier IV final without the use of a diesel particulate filter.
Apart from the technical data the motor can also score points with low cost of ownership; firstly because of a low fuel consumption of 210 g / kWh (best point), and secondly because of a long service interval of 500 hours. The latter is mainly because of the 7 litre oil sump and maintenance-free hydraulic valve train adjustment.