Hatz 4H50TIC among the TOP 3 of the GreenTec Awards

The Hatz 4H50TIC made it to the final round of the GreenTec Awards 2015. The winner of the prestigious environmental award will be announced in Berlin on May 29, 2015 during an award ceremony. 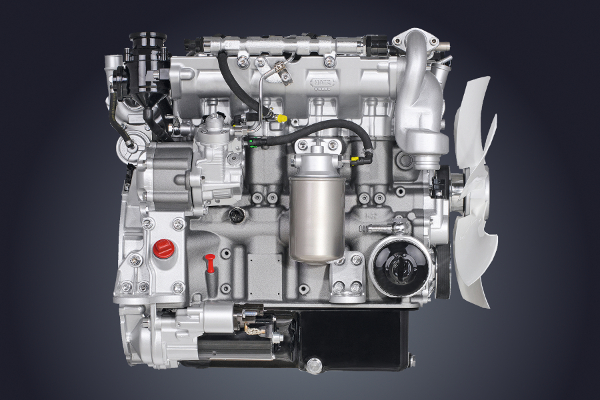 Hatz 4H50TIC among the TOP3 of the GreenTec Awards

The audience and the jury have decided: the nominees of GreenTec Awards are fixed and the 4H50TIC is in the final round. The 4-cylinder industrial diesel engine which was introduced in 2014 was able to convince both, the broad public in the recently closed online voting, and the jury of its properties. By means of the consistent downsizing concept together with the BOSCH common-rail system, the 4H50TIC sets new standards in regard to its performance and environmental friendliness. With a total weight of just 173 kg, the H50 is 90 kg lighter than its nearest competitor. Among other things, this results in a significant reduction of CO2 emissions and energy consumption already during raw material preparation and production. Besides, fuel consumption in a very wide speed and load range was reduced by the use of the high-precision injection technology, making the 2-liter turbo engine to one of the most efficient engines in its class.

A jury which is composed of the Verband der Automobilindustrie e.V (Association of the Automotive Industry) and the ADAC e.V.  now determine the winner in the category "automobility". The winner of the GreenTec Awards will be announced at a gala event in Berlin on May 29, 2015.

Reaching the top 3 is particularly an honour for all employees of the Motorenfabrik Hatz, who were involved directly and indirectly in the development of the new engine.