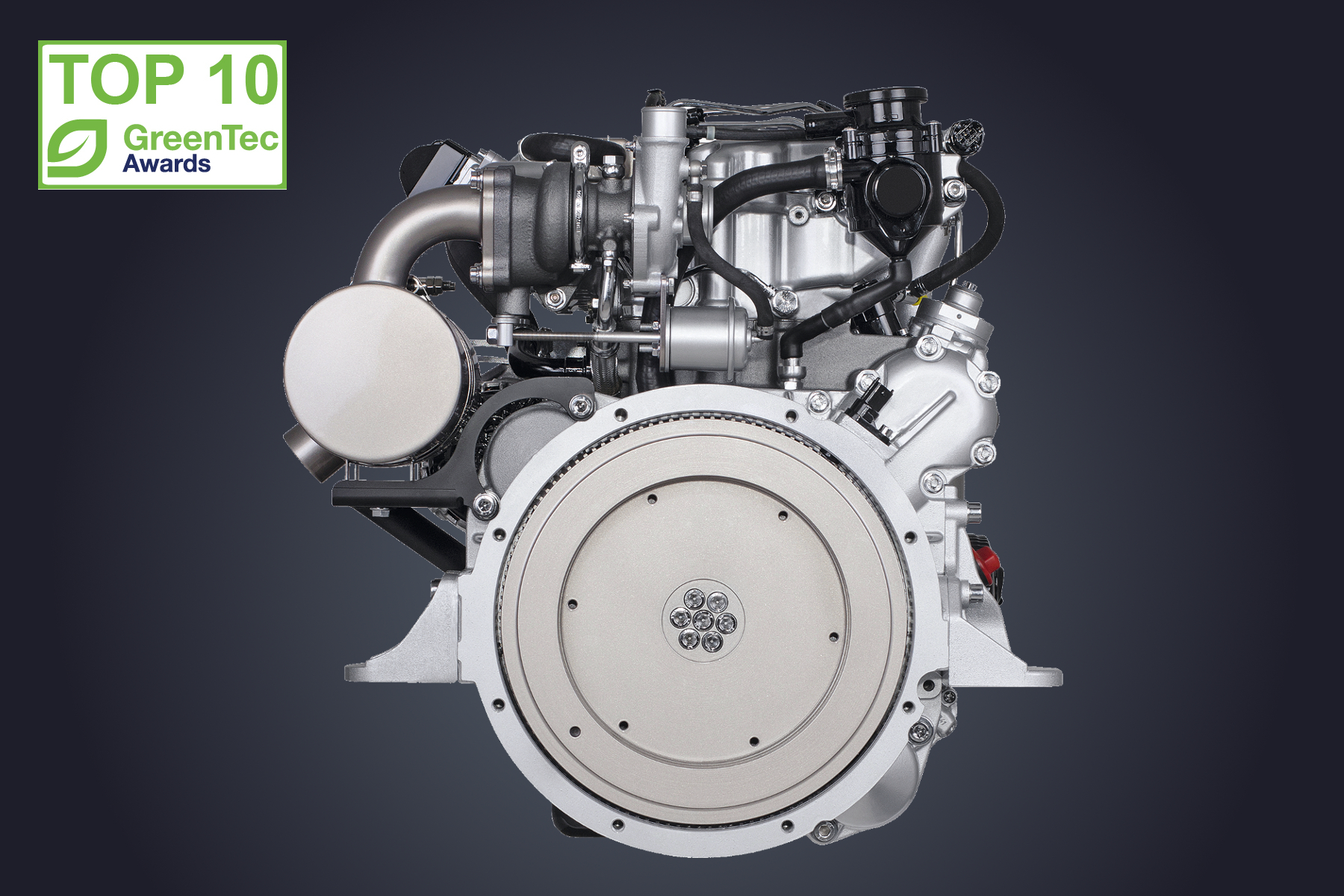 The world's first industrial diesel engine that follows a consistent downsizing concept is among the TOP 10 of Europe's most wanted environmental award, the GreenTec Awards. On reaching the Top 10, the first hurdle concerning one of the most coveted environmental awards has been taken. In the following public online voting that takes place in the period from 06.11.2014 to 11.01.2015, the 4H50TIC can be selected directly to the finals by visitors of the website www.greentec-awards.com. Among the three projects nominated for the final round, a jury will select the winner who will be announced May 29, 2015 at a gala evening in Berlin.

Every year, the GreenTec Awards honour innovative products and projects that lead the way towards a more environmentally friendly future. Well-established media partners like support the GreenTec Awards in providing a platform for green ideas and thus attract maximal public attention. This allows for the pioneers and their projects to actively contribute to a more sustainable handling of our environment.

The 4H50TIC as a trendsetter for sustainability

As part of the development of a new industrial engine with a power of up to 56 kW, the Hatz engineers had set themselves the goal to fundamentally rethink the conventional engine concepts of industrial engines and develop an engine that in terms of energy and resource efficiency, pollutant and noise emissions as well as compactness and durability is far superior to its competitors. The focus was on the environmental and economic sustainability and high energy efficiency throughout the entire production process through to the operation of the engine.

The development of the 4H50TIC followed a groundbreaking downsizing concept which is a world's first in the field of industrial diesel engines. With a weight of 173 kg, the engine is about 90 kg lighter than the next competitor in its class. Thus valuable resources can already be saved in production and emissions are reduced because of shorter processing times and less effort in the preparation of raw materials. Besides, one development goal was also to optimize the fuel efficiency not just to a best point, but also to achieve maximum efficiency over a wide and realistic speed and load range. Due to the sophisticated injection together with other measures, the exhaust gas and particulate emission is reduced significantly already engine internally.