Regionally rooted and internationally successful, Motorenfabrik Hatz is one of the top employers in the district of Passau. On 18 January 2019, the Federal Minister of Transport and Digital Infrastructure, Andreas Scheuer, visited the main site in Ruhstorf and was convinced of the qualities and future viability of the traditional company. 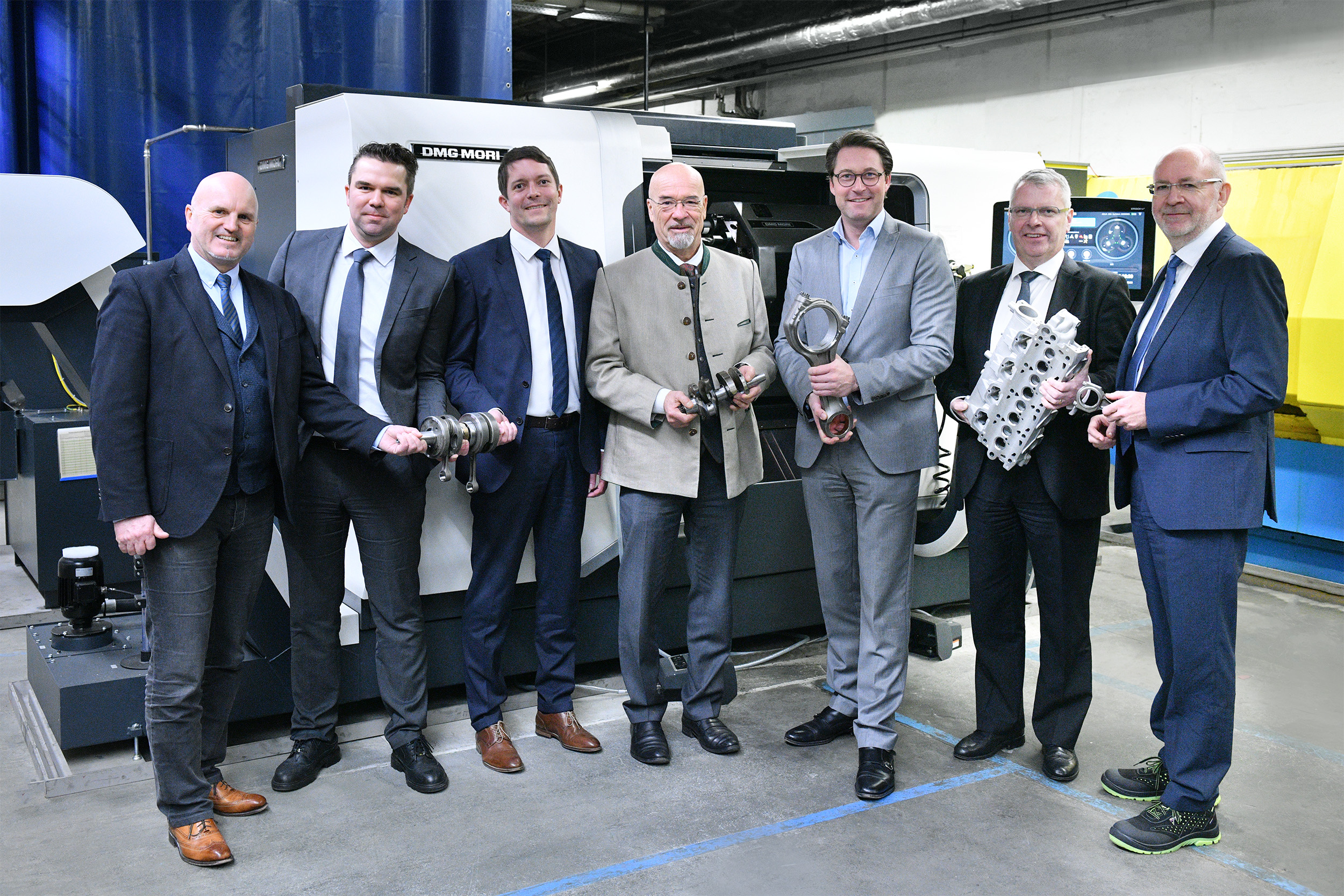 During a factory tour, Federal Transport Minister Andreas Scheuer (3rd from right) informed himself about the production at Hatz, the performance variety and capability of the component production as well as the investments in modern processing machines.

As a specialist for drive components, industrial engines and systems, especially in the automotive industry as well as in the field of guided and mobile machines, Motorenfabrik Hatz is known and valued worldwide. At the beginning of the meeting, main shareholder Wolfram Hatz and Chief Executive Officer Bernd Krüper gave the Federal Minister an overview of the family business founded in 1880. Among the participants were Raimund Kneidinger, Deputy District Administrator of the Passau district, and Andreas Jakob, Mayor of Ruhstorf, who also informed themselves about the company's product range and strategic orientation. With more than 1,100 employees, Hatz is one of the most important employers in the region and in Andreas Scheuer's constituency.

Federal Minister Scheuer also informed himself about the Hatz H-Series. The latest generation of engines will be used in larger quantities also in complex cooling systems for truck trailers. These and other developments of the Ruhstorf-based company were presented by Dr. Simon Thierfelder, General Manager Research and Development. He particularly emphasised current and future projects in the field of diesel and alternative drive solutions. "This gives us a firm focus on the topics of CO2 reduction, synthetic fuels and digitalisation," explains Thierfelder. In this context, Andreas Scheuer pointed out that his ministry "has invested 5.2 billion euros in the promotion of synthetic fuels over the past nine years. We consider the potential of CO2-neutral drive technologies to be particularly high." In addition to this, the discussion participants also exchanged ideas about alternative drive ideas and concepts, for which the Federal Ministry of Transport offers corresponding funding opportunities.

During a factory tour, Chief Operations Officer Wilfried Riemann showed Federal Minister Scheuer the range and technical standards of the manufactured metal components with which Hatz is also a requested supplier to the automotive industry. Andreas Scheuer was also able to gain an impression of the different areas of responsibility within the company. Hatz is one of the largest employers in the district of Passau. As a company that provides apprenticeships and has its own training workshop, it unites around 135 different job profiles in 30 departments and is involved with the Mathias Hatz Foundation for company employees in difficult situations.