Following the political Ash Wednesday 2019 of the CSU in Passau, the chairman of the CSU regional group in the German Bundestag, Alexander Dobrindt, took the opportunity of accepting an invitation from Motorenfabrik Hatz in neighbouring Ruhstorf. 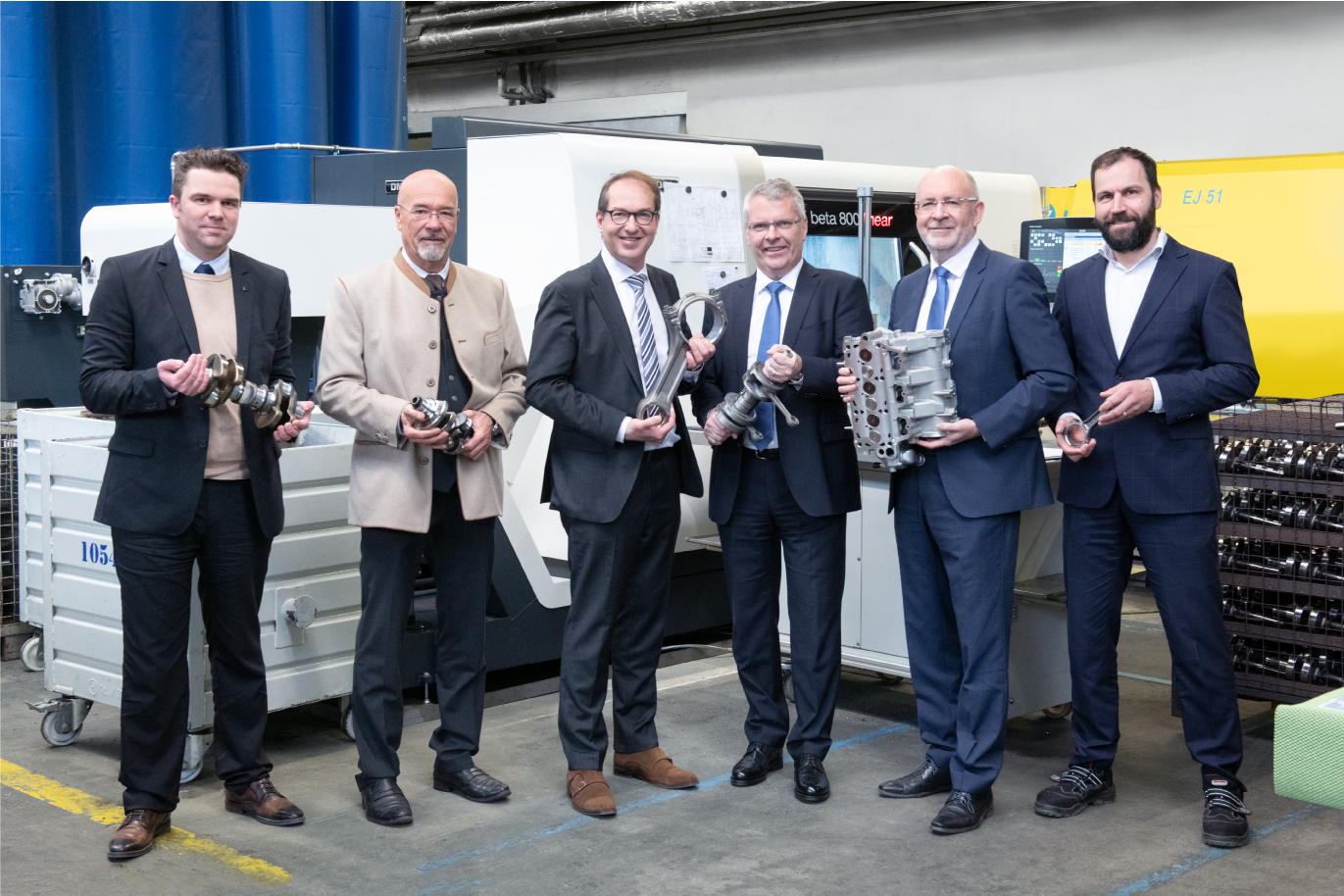 Main shareholder Wolfram Hatz and the current chairman of the CSU regional group in the German Bundestag, Alexander Dobrindt, have cultivated a friendly relationship for a number of years. The former Federal Minister of Transport and Digital Infrastructure was therefore particularly pleased to receive an invitation from Hatz Diesel to obtain comprehensive information on the state of research of current drive technologies "Made in Bavaria". Alexander Dobrindt was impressed by the technological expertise combined with the loyalty of Hatz Motorenfabrik to its location, which is also reflected in the tremendous depth of production of the engine manufacturer. The CSU's regional group leader is still very engaged with the changes and innovations in vehicle drive technology. He is confident that a medium-sized company such as Hatz Motorenfabrik can maintain its position at the site in this form. More than 20 years ago, just after the fall of the Berlin Wall, many people took a different direction. The engineering effort behind the development of the engines and the depth of production with which the engine factory in Ruhstorf an der Rott manufactures deserve his respect. This demonstrates the loyalty of the employees towards the company and of the entrepreneurs to the region. Dobrindt was thus full of praise for the commitment of the Hatz family business. Hatz CEO Bernd Krüper explained to the guest of honour that the engineering effort at the site is manifested in integral efficient drive solutions, using a road sweeper as an example. In particular, the commercial advantages of current combustion technology over fully electric drive technologies became clear. Krüper: "It is not just the purchase price of a model equipped with the Hatz H series that is up to 80% lower than the all-electric version. Machine availability has also shown advantages so far because, unlike electrical operation, charging does not have to be carried out several times a day." Hatz General Manager of Research and Development Dr. Simon Thierfelder added that the significantly lower weight of the Hatz H-series engines compared to the electric motor/battery package significantly improves the payload balance of the conventionally driven machine. All in all, the current state of development in the field of industrial combustion engines shows that – even in terms of a holistic life cycle assessment – they are definitely competitive with electric drives.

During his visit, Hatz also informed Alexander Dobrindt about the development status of alternative drive technologies. Hatz is not only researching a zero-emission internal combustion engine, but is also focusing its R&D efforts on alternative fuels and fuel cell technology. For the former Federal Minister of Transport, it is encouraging to see the leap in efficiency that German diesel technologies have made in the recent past. But, in addition to the further development of electric drive concepts, fuel cells also offer great potential for the German automotive industry. He was delighted to find such a comprehensive and varied development approach to modern drive concepts at Hatz Motorenfabrik.